Some exclusive features of Revit 2015 to improve your Revit workflow"

How I Build a Space Station in Revit Architecture

Given below, some of the advance features of TurboCAD :-

Introduction of an innovative spin on keyboard shortcuts alias keyboard accelerator. It comprises of pressing and releasing the ctrl key and then typing in a sequence.

As for instance, while going to draw a box, a very memorable keyboard accelerator exist : just press and release the control key and type in the letters B-O-X.

All the keyboard shortcuts can be easily customized. If you’re not into the successive keyboard accelerators, it is possible to organize a classic shortcut like ctrl+B.

TurboCAD 2018 facilitates the users to arrange several keyboard shortcuts for the similar command. The shortcuts can be easily set by pressing ctrl+F2. The users can explore commands to attribute shortcuts up to five keys long.

Another exciting feature is the capability to segregate and conceal objects. The users will be able to highlight the details they require by choosing only what they want to edit and hide the rest, in spite of layer or group.

Now, the users can snap to the midpoint of two chosen points. By applying this feature, the users can get rid of generating a 2-point construction circle to snap to its center.

With TurboCAD 2018, the users will be able to delete construction and constraint layers from the layer palette.

The new Trim by Entity tool facilitates the users to apply one entity to trim another.

The pick point Hatch tool is also revamped with the facility to indicate an error margin in gaps to be filled.

To be familiar with more features of TurboCAD 2018, click on the following link turbocad.com 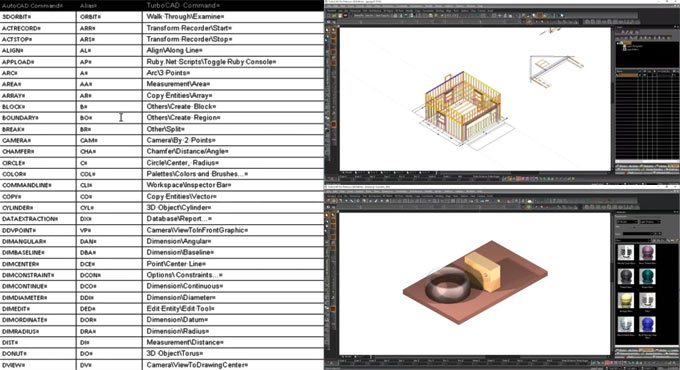