AIA has discussed about their manufactured building materials in their AIA Convention in Orlando and finished on the exhibit floor. The software developers and gadget companies has also showcased and demonstrated about the making of their products in BIM modeling and easier collaboration and documentation for AEC professionals. The top tools and developments are discussed here:

Vectorworks: No glasses needed for AR/VR Views: The developer of the famous Vectorworks Architect software has exhibited the new updates and improvements to its BIM modeling and work-flow tools. But the biggest surprise were in augmented and virtual reality which don’t need goggles, Google cardboard or any other kind of VR wearable.

It was a tool which helped to hold simply a mobile device’s camera over a 2D printout of a floor plan for gaining a live view of the relevant 3D model on the device’s screen. To view the different angles and perspectives user can move his/ her tablet or phone accordingly. This device is able to do these things with a help of special app. This new version helps in web view and virtual reality also gave architects the ability for sharing VR models with clients and collaborators to virtually walk within their mobile device and a generated URL.

Graphisoft: Stair and Rail Design Made Easier: Staircase design is one of the most complex tasks in architecture and it is not just only to create fanciful avenues with a multilevel building but also needs to observe with rigorous standards and codes. So Graphisoft has added a tool in ARCHICAD 21 is the next generation Stair Tool that will be placed stairs with minimum ploy-line input and implements perceptive graphical methods to allow the users to swiftly twist shape and structural and finish components. But the Railing Tool delivers an instant associative railing at stairs or with other building elements with a click input.

Leica Geosystems: Portable 3D Scanning: Leica’s BLK360 3D Scanner was first unveiled at Autodesk University’s last fall. These scanning modules are the world’s smallest professional-grade 3D laser scanners and are super-easy for transporting. It has come with a single-function button on the housing and easy to use. The scanner is lacking of some of the heavy hardware which has made the alive 3D scanners bulky and cumbersome as it relies on tablet control through Autodesk’s ReCap 360 Pro Mobile App. For the standard resolution scanning, it will take less than three minutes and the resulting scan can be marked up and tagged on a job site.

Autodesk: Building on Recent developments: Revit Live was previewed at AIA 2016 in the name of Project Expo. In this year, Autodesk has returned for demonstrating it’s released and completed version of this powerful tool. This tool has a couple of a button turns Revit and Revit LT models into enveloping VR experiences for the architects, clients and other collaborators. Autodesk has announced a new vision for AEC Project Delivery for building on its practical tools BIM 360 Team, Collaboration for Revit and BIM 360 Docs. The company has decided to release a cloud-native project delivery platform for the AEC industry. 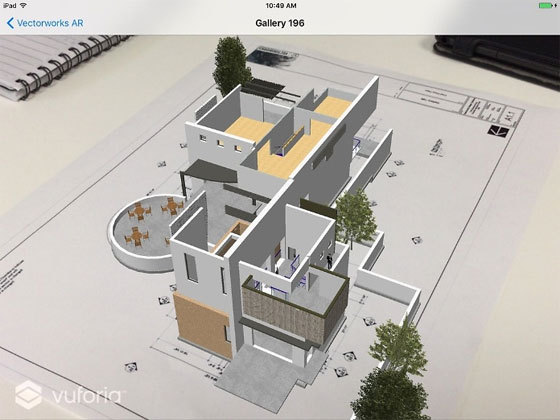 IrisVR: Multiuser Collaboration: There has been many new tools and development created for allowing the 3D model views without VR equipment. In this year’s AIA, IrisVr has announced the creation of a multiuser VR experience has included with its Prospect Software. The Prospect users can use HTC Vive or Oculus Rift to anywhere in the world can together enter VR models of projects to see each other and hear each other by giving assessment in the real time.

To get more information, click on the following link architizer.com