Renishaw introduced FixtureBuilder for 3d modeling professionals. It is a 3d modeling package to facilitate the formation and documentation of fixturing set-ups.

The software is applied with a CAD model of the examined part that can be imported into FixtureBuilder, so as to the fixture is developed around it. The complete set-up, together with the examined part, will be exported into inspection programming software.

With it, the users will be able to generate custom fixturing set-ups and components, like custom plates, and preserve them in user-defined libraries for being used later on and reference.

There is a ‘Build it' function in the software that can automatically generate a comprehensive Bill of Materials and work instructions for each fixture set-up, and allows to adhere to ISO, QS9000 and other quality standards. 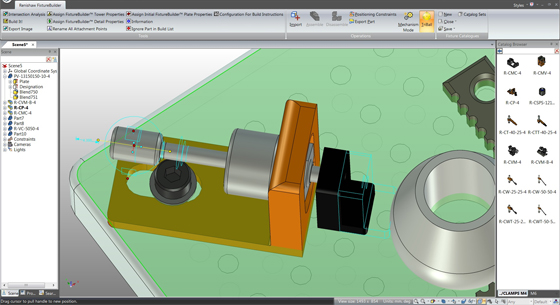