The Autodesk AutoCAD software has just undergone a major update, which contains a number of new enhancements as well as some additional features that have been added.

The software is built on the foundation of decades of innovation. Autodesk AutoCAD 2023 delivers the best-in-class design experience in both 2D and 3D, and also offers enhanced automation for adding markups, incorporating feedback, and much more. In addition to improving the speed of design, AutoCAD 2023 aims to make it easier for you to do so.

AutoCAD’s latest update is not particularly ground-breaking, but it does offer a number of useful enhancements that will make regular AutoCAD users’ workflows easier and more efficient.

It has been demonstrated by Autodesk that machine learning is being used to improve workflow based on how users interact with the advanced CAD software in an attempt to improve productivity. For example, In previous versions, My Insights used machine learning to streamline workflows, and this is particularly apparent in the new Macro Advisor feature.

The new features and changes in AutoCAD 2023 are explained as follows:

AutoCAD 2023 will have an enhanced My Insights tool that will use machine learning to detect when a user is performing repetitive tasks and quietly propose a macro to make things a bit simpler. A simple "copy rotate previous" command example is given in the context of seating round dining room tables in the AutoCAD release notes.

Autodesk asserts that despite the fact that there is a big list of well-chosen macros and that it will grow over time, users won't be overloaded with it all at once. Instead, only macros relevant to the user's usage of AutoCAD will be shown to them; for example, those that would streamline frequently performed jobs These macros may then be quickly saved by users to a list or the ribbon, where they can be utilised right away as needed.

With AutoCAD's mobile app, users can take a quick snapshot of written annotations and select what they want to become a trace layer. An annotation layer can be added on top of PDF files with feedback and the opacity of the annotations can be changed.

Markup assist allows users to easily add written feedback to their designs by recognizing it as text and inserting it as text into the drawing.

Using AutoCAD 2023, automatically import comments and incorporate changes into your designs when working with colleagues and reviewers.

The traces feature in AutoCAD

You can track and log redline markups using the traces feature on the collaborate tab.

The AutoCAD desktop, web, and mobile applications allow you to easily add notes and markups to your existing drawings without modifying them.

In AutoCAD 2023, you can add a markup to a trace created by another team member. By simplifying the traces, it makes them easier to follow. Using a single trace, you can save markups.

A trace is an old feature that has been around for quite some time. AutoCAD 2022 introduced the first version of this feature, but AutoCAD 2023 enhanced it further with some new features.

If you want to share drawings with your team or colleagues, you can easily do that by granting access to those who only need to view the drawings, and removing access from those who need to edit them. Save time and money by sharing your drawings with AutoCAD.

A dual monitor setup allows you to view and edit two drawings simultaneously on two separate screens with fully functional windows on the same screen. The AutoCAD application does not need to be launched again if there is already one running.

The Push to Autodesk Docs Feature

The best way to increase productivity and reduce the steps involved in drawing CAD sheets is to publish them as PDF files directly from AutoCAD to Autodesk Docs.

It's encouraging to note that AutoCAD 2023 version pays some attention to AutoCAD online app. It's unclear whether non-AutoCAD users will still be able to utilise the cloud-based DWG programme without paying anything. For the time being, it indicates that free users can now utilise LISP functions.

The Counting feature in AutoCAD 2023

A new feature of count is that it now supports text as well as hatches, and despite the fact that they have similar geometries, the functionality distinguishes between them.

The Software has improved the functionality of the Count feature to include selectable functionality, which will allow users to select what objects are counted and how they interact with counted objects. Users now have the option of customizing the count feature, or they can use a boundary object that has already been created to perform the count within.

In the event that any numbered object needs to be altered after it has been created, the user can easily select it and make the necessary changes. Because of the functionality that extends to look at count tables, users are able to pick counted objects in their entirety even after a conversation has ended.

A feature of Count is that it automates the counting of blocks or objects in a specific area or across your entire drawing in a sequence. There is a menu that identifies errors and allows you to navigate through the objects that are being counted.

A significant new feature hasn't been added to AutoCAD in a long time. In this release, Autodesk appears to be focusing on team collaboration with Trace and Markup Import. Since the pandemic occurred two years ago, many AutoCAD users have been forced to work from home. 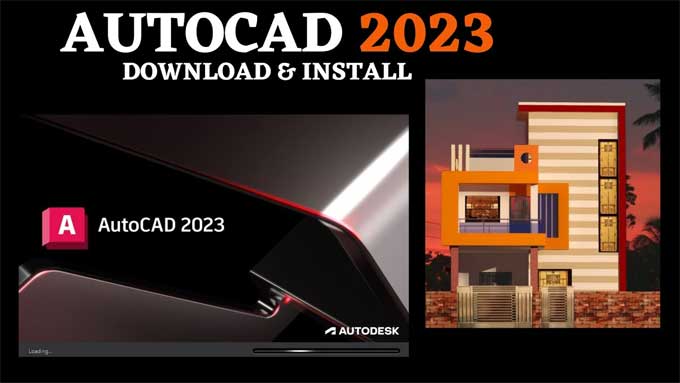