Mufasu CAD presents a nice AutoCAD tutorial for AutoCAD users. The tutorial will teach you the detailed processes for creating mirror effects with glossiness and reflection features.

The two indicated points turn out to be the endpoints of a line around which the selected objects will be mirrored. To create mirror in 3D, this line spcifies a mirroring plane perpendicular to the XY plane of the user coordinate system (UCS) that consists of the mirror line.

It is possible to flip objects around a certain axis to produce a uniform mirror image. Mirroring is suitable for generating uniform objects as one will be able to draw half the object rapidly and then mirror it rather than drawing the whole object.

You flip objects around an axis and it is called a mirror line to make a mirror image. To indicate this temporary mirror line, enter two points. One can select if the original objects should be deleted or maintained. 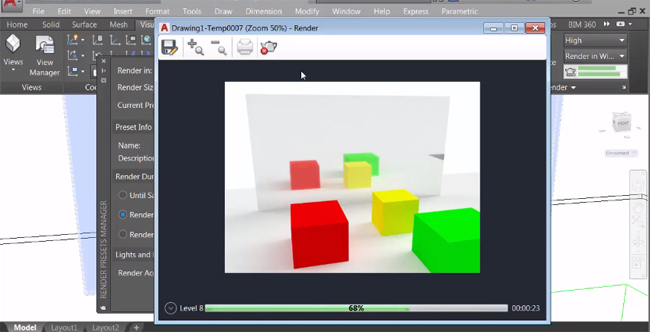