Autodesk has given an open proclamation following the distribution of an open letter marked by a heavenly body of BIM-forward engineering firms criticizing the absence of improvement and increasing expenses of utilizing Autodesk Revit.

Prior this week, firms that incorporate Zaha Hadid Architects, Grimshaw, Rogers Stirk Harbor + Partners, and at any rate twelve others distributed an uncommon open letter taking a stand in opposition to the producer of the business standard BIM programming.

In their letter, the organizations take a stand in opposition to the inexorably troublesome assignment of using Revit to seek after plan development even with propelling creation and manufacture capacities while likewise featuring the way that the product's continually changing charge structure has constrained firms that depend on the product to persevere through extra expenses with little added advantage to their work or representatives.

Any individual who invests energy working in Revit has most likely encountered the basic disappointment of not having the option to achieve apparently fundamental undertakings without the requirement for some kind of tangled "workaround." Well, a portion of the main BIM-forward building rehearses on the planet, including Zaha Hadid Architects, Grimshaw, Rogers Stirk Harbor + Partners, and others have at long last had enough.

An open letter distributed by the exchange distribution AEC Magazine features these organizations taking a stand in opposition to an assortment of issues, both with Revit programming itself just as with Autodesk's business and permitting rehearsals.

The letter, as per the magazine, speaks to a phenomenal exertion, with AEC's editors expressing "In the thirty years we have been following the AEC innovation advertise and the 18 years wherein AEC Magazine has been devoted to the BIM procedure, we have never observed any semblance of this — an open letter from a network of national and global plan works on venting their apprehension at an innovation provider."

The letter dissents the "expanding cost of possession and the activity of Autodesk's Revit programming" just as its central "absence of advancement," among numerous different issues, and features the program's pervasiveness just as its easy going brokenness as entwined issues that sway and at last cutoff crafted by design firms.

One of the significant issues includes how firms get to the product by means of a regularly changing arrangement of permitting concurrences with Autodesk. The letter's creators clarify that "In the period somewhere in the range of 2015 and 2019 most practices who took an interest in the overview have had in any event 5 distinctive permit models in play, moving from singular item licenses, to suites, through to accumulations and now, in 2020 to singular client licenses. By and large, those studied have seen costs increment up to 70% and past to the furthest limit of 2019."

The letter includes that "Practices would be less stressed by these cost increments on the off chance that they were reflected by efficiency upgrades and a dynamic programming improvement program."

"Where once Autodesk Revit was the business empowering agent to more intelligent working, it progressively gets itself an imperative and bottleneck. Practices find that they are paying all the more however utilizing Revit less as a result of its imperatives," the letter proceeds.

Accordingly, Autodesk has distributed this response a while later:

“Engaging, listening to and addressing the concerns of our customers is a top priority for Autodesk, and we appreciate the feedback we received in the open letter. While there are points raised that we disagree with, there are also issues raised that we must take to heart, which highlight areas where we’ve fallen short.

“Over the past several years, we increased our product development to serve engineering and construction customers, because we believe having a multi-disciplinary BIM model connected to construction enables better collaboration among all project team members. As with any business, there is the need to prioritize resources. We do recognize the need to balance and have recently increased our development on the architectural capabilities of Revit. Expect to see progress here in the future.

“Our current roadmap for Revit is publicly available at: www.autodesk.com/revitroadmap. We also empathize with customers that have gone through different license models in the last few years as we’ve transformed Autodesk to become a subscription-based company that can serve our customers better.

“We’ve done our best to balance these changes with a more valuable experience and trade-in offers that give longtime customers a path to experience these benefits at a cost consistent with what they pay today. But we must always be open to customer feedback. We’re planning to continue engaging with these customers directly, to have an open and honest dialogue, helping us further understand their needs.

“We have more to say, but first we will listen,” adds Autodesk at the end. 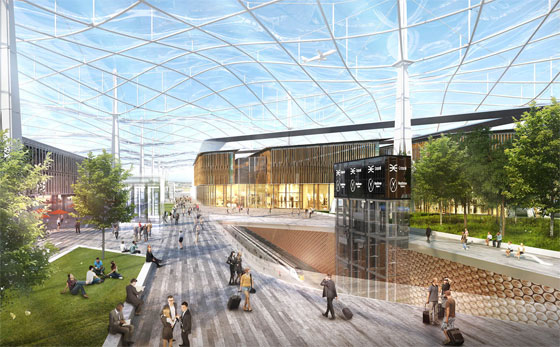