In simple terms, BIM 360 designs are created using BIM 360 Doc in order to create BIM 360 models. BIM 360 design is similar to the A360 collaboration in Revit in terms of its functionality but with additional facets for providing granular access control to members of the project team, which are available in the BIM 360 design.

As a result, in order to fully understand the differences between the BIM 360 and the 360 Doc, it is important for us to understand what each discipline has to offer.

As a result, this allows for a more rational connection between preconstruction and pre-design, giving residential architectural firms the ability to track and coordinate. Multidisciplinary project team members can collaborate on Revit models using a design collaboration tool and data management tool with access controls, coordination, visual changes, and indefinite storage of the models.

Revit Collaboration Made Faster and Easier

By providing architectural engineering and architectural design firms with 24/7 access to Revit models anywhere in the world, they are able to save time and effort.

By utilizing the Revit BIM service, distributed design teams are able to collaborate virtually to create a 3D BIM model through virtual collaboration.

The actual address of a company is not given priority in BIM 360 Design. Even though an architectural firm may have a presence in one area or another of the country, they can nonetheless engage in projects or joint ventures regardless of their location.

Architectural design firms usually assign some of the most competent team members with the strongest skill set and talent to the project. As a result, designers have the ability to work on different projects simultaneously regardless of where they are located.

By implementing BIM 360 Design in their practice, architectural firms are able to provide their BIM teams with a real-time view of their BIM 3D models in order to improve communication and productivity between divisions.

A lack of effective communication during a construction project can lead to delays in the project and the need for expensive re-work of the residential and commercial architectural services. As part of the project lifecycle, architects as well as architectural engineering services providers often have to deal with these types of problems.

Architect businesses may use the BIM 360 Docs software tool to manage 2D plans, 3D models, and other project documents.

BIM 360 guarantees that BIM teams using Revit BIM services may create the most up-to-date versions of documents, plans, and models. There will be no more blunders because the building crew and design companies are aware of the most recent changes.

Architects and engineers, using BIM as a tool to support their design process, can enhance predictability on site by being able to have access to their plans and models at all times. Any browser, tablet, or mobile phone can be used to access it.

These document management systems include 2D and 3D files, standardized content, and workflows that are structured logically.

Architect companies that use BIM 360 Docs enable all project members to effectively access documents. BIM 360 Docs are a permissions-based collaboration system in which all project stakeholders are granted the ability to conduct certain activities by the project's owner.

The four-point scale specifies the skills, which are listed in descending order of authority, such as Publish, View, Edit, and Control. You can access practically everything on one app and stay connected across the web, tablets, and phones. 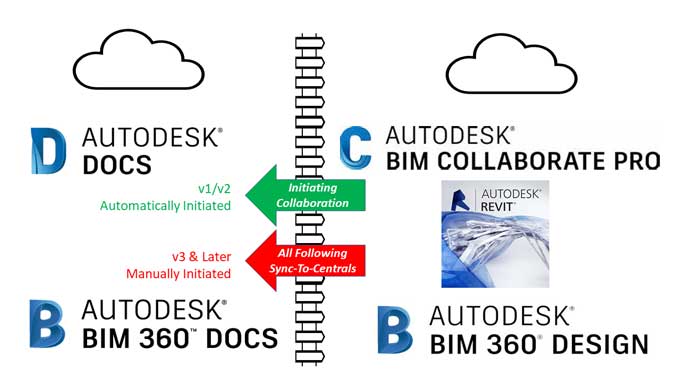