BIM as a Building Design Revolution

BIM as a Building Design Revolution

Oftentimes today BIM is portrayed as a means to centralizing data in a construction project. It is generalized as a technology, automation, or a cloud-backed software system. However, the primary goal of any BIM software, first and foremost, is to construct a virtual structure in 3D space. Today, we will look into the matter how BIM has revolutionized 3D architectural design.

No doubt today BIM has standardized the 3D design of buildings and structures, the bigger the better. Centralized data about the building and technological advances have enabled us via BIM to create innovative solutions for complex building design problems. The AEC community, by no doubt, owe a lot to BIM software like Revit.

To be definitive, BIM, in full form "Building Information Modeling" is the precise and perfect digital representation of a building in a computer. Understand that this includes not only the looks of the building, but mainly the detail data about every single piece that would go into making that building.

Which means, a BIM model of a building will include every single physical and functional property of the building and data of every component of it, down to the dimensions of every nut and bolt used to construct the building.

All of this, by appearance, results in a 3D model of the building, that you can look at from every direction and from any detail level. This is immensely useful to architects, engineers, constructors and all other stakeholders involved in the building's construction.

But what makes BIM the technological drooling-edge it is, is its added connectivity. A BIM software is generally also capable of connecting to every stakeholder in the project and, manage and sync incoming data from all sources. Which includes point cloud data from automated survey systems ? based on which, your 3D model will have the most perfect dimensions depending upon its future physical space. Not to mention, a BIM software is generally teamwork oriented ? meaning multiple points will be working on the same model at the same time.

Impact of BIM upon building design

The BIM revolution arguable began in the hands of Autodesk back in 2004 when they implemented the ability of simultaneous teamwork on a piece of model.

Their flagship BIM product, Revit, has existed way back from 1997, but so far it has been a design software, not a multipoint collaboration platform like it became in 2004.

Ever since that, Revit has been a cornerstone for the AEC consortium to adopt 3D models into BIM models. With the modern added cloud support, the same can work on the same model from any corner of the world as long as they had a reasonably powerful computer and internet. Autodesk's BIM360 is an example of such a connected spider.

But that's about data sharing, what about the design part? We're coming to that. Actually, the "parallel modeling" by multiple points working on the same models together is exactly what makes BIM what it is today. Multiple designers and engineers can now work on the same building model, depending upon each other's work or individually.

This complex 3D designing approach, alongside with the 2D plans, clearly has its benefits over the traditional way of the one-by-one design pipeline, and absolutely mops the floor with the on-paper design method.

Autodesk's BIM360 and other such products use common data environments and thus clear out the need for data silos as much as you can make it so. The availability of all data and being able to see changes instantly (and feel their effects on your section of work) introduced us to a whole new era of streamlined architectural and engineering design collaboration.

Not only that, this newfound ability to collaborate with every stakeholder in the project has opened up new horizons in construction project management.

While previously the construction design used to go phase by phase, nowadays with BIM you can overlap much of those and communicate to design partners outside the local scope, or the people on site.

The evolution of BIM and its increasing popularity has been possible, clearly, by the recent technological advances in computer processing power, graphics technology advances, and the alarming yet beautiful development of cloud computing. BIM is the godchild of these technologies combined, and they have expanded skillset requirement of the AEC staff to support 3D modelling, interoperability, and model visualization. 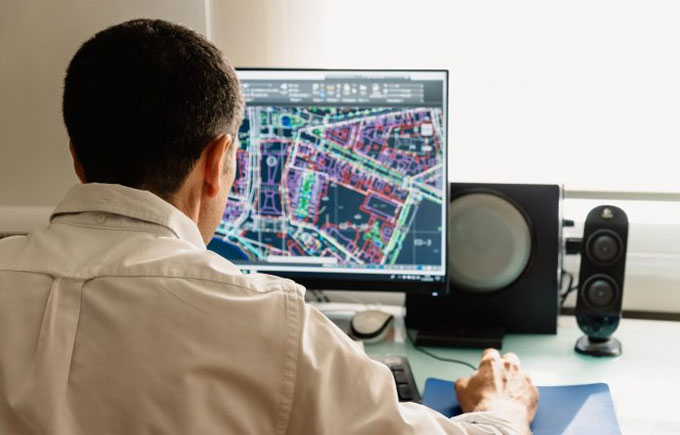