BIM’s Clash Detection facility its benefits, types, and its process

Engineering design is a dynamic area, and successful cooperation between several stakeholders is necessary for the intended outcomes. Any construction design project today involves a number of stakeholders, including structural engineers, architects, contractors, suppliers, and vendors, which can make the process of completing the project quite complicated.

A crucial step in the BIM process is clash detection. In BIM, a number of models are initially separate but ultimately combine to form one master model. BIM clash detection is therefore required.

Clash detection used to happen on the actual building site. The construction would be supervised by experts. When a conflict arose, such as when a beam got in the path of an air conditioner, it had to be settled then and then. Delays and increased expenditures resulted from this.

Contrarily, conflict detection in BIM modeling happens in the design phase. Time and money are saved in this way.

The BIM process is streamlined with the use of 3D modeling. On tracing sheets, drawings were typically overlapped throughout the conventional design process. In contrast, the BIM approach uses computers to examine several models at once.

Clash detection software may function as BIM software due to the significance of BIM Clash Detection. BIM software may also be used to find incompatibilities between mechanical, electrical, and plumbing systems. BIM collision detection may be divided into two categories.

Designing Softwares: It is known as proprietary software, and it only examines the models for contradictions. For instance, Revit has a variety of capabilities and offers conflict detection for its models.

These programs' and tools' limitations are mostly caused by the challenges of combining several programs. Additionally, any modifications that must be made to the program that was used to build the model and find the conflicts.

1. The creation of exact blueprints has become easier for stakeholders thanks to the usage of BIM in construction management. All of the views will immediately update when one element is changed.
2. Fewer adjustments are made during the building process since conflicts are identified early.
3. BIM clash detection is digitized, which makes it simpler for teams to collaborate. The development cycle is made more effective by markup and audit capabilities.
4. Despite being constructed off-site, pieces fit together because BIM allows for advanced modeling.
5. A higher degree of transparency and cooperation amongst stakeholders is made possible via clash detection. Otherwise, it would be quite challenging for the team to correctly envision the project with hundreds of unconnected papers.
6. The likelihood of worker injuries and eventual injuries to individuals within the finished structure is decreased thanks to BIM clash detection software.

Using Autodesk's collision detection technique, you may determine where independent models conflict with one another by looking for places where model pieces from different architect-engineering design disciplines cross. Conflict detection makes sure everything meshes together and nothing is incompatible.

An industry that was suffering from problems including project completion delays, rising costs, and last-minute surprises because different designs weren't compatible has been given new life by BIM clash detection.

Clash identification was not a planned activity in the past. Engineers would oversee work on the actual building site, and if a conflict arose—for example, a beam blocking the passage of an air conditioning unit—everything had to be abandoned and the entire construction plan had to be modified immediately. Due to the expensive delays that resulted, clash detection was required even before design.

Detail-rich clash reports may be produced using BIM even during the design phase. The conflict detection technique is now simplified and fully proven thanks to modern 3D graphics. Clash may now be identified at the very first phases of design by architects and designers.

The computerized BIM method compares several federated models at once and makes it simpler for BIM, and structural, for merging all the design data into a master model, as opposed to the conventional design approach. That would include overlapping drawings generated on tracing paper. When all other models are merged into a single entity, architects and designers may use automatic integration to find and evaluate every occurrence of clash in their models.

Engineering design has been transformed holistically by BIM Clash detection. The technology serves as a lifeline for an industry stressed with thousands of problems by allowing everyone to visualize, analyze, and eliminate clashes in advance.

By enabling architects to control and supervise various elements, BIM and clash detection have simplified their lives by avoiding them from making last-minute compromises in ingenuity. 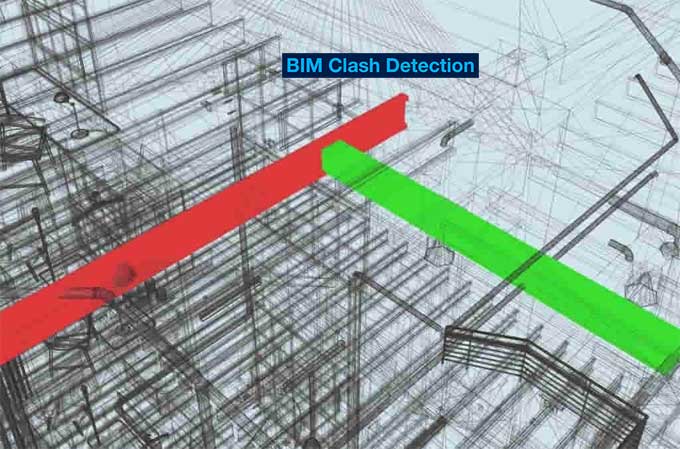