A painful workflow was also a result of poor Revit habits in those days. As an example, users who do not give up Revit work sets prevent others from working within those work sets.

The Revit Server, although still in its early stages, has made significant strides forward, making it easier for geographically dispersed teams to collaborate over the internet.

Due to the current COVID-19 environment, many companies have their employees working from home and are using a variety of solutions such as connecting to office computers using Remote Desktop, private company servers setting up VPNs (Virtual Private Networks), or BIM 360, among others.

BIM 360 Design is primarily used for collaboration with distributed teams today. There are very few configuration steps to BIM 360, which is a paid service. All of this, however, comes at a price. Several users will add to the cost when a project involves several people.

User has recently put up a newer version of Revit Server (2020). Some companies have used Revit Server on similar projects in the past, so they were looking forward to testing it out and seeing what improvements and new features the software has to offer.

Their satisfaction with its performance was obvious. Since the release of the preliminary version of Revit Server, most of the original problems have been fixed.

The best choice for Revit Server installation is an AWS (Amazon Web Services) server. In general, the server requirements are low, and the hosting size varies based on the size of the model.

According to their research, they found the following

1. Shared folder workflow is replaced by Revit Server. This software allows users to connect to a secure server without being able to change, delete, or move files, thereby enhancing the security.

2. A centralized console is used to manage the structure of Revit Server as well as to create and manage folders. The console is only accessible to designated admin.

4. A record per file is maintained by Revit Server like a document control system.

6. Workstations connected to the Revit server require minimal configuration that could be automated.

7. It is necessary to set up physical or virtual servers since Revit Server is a server. You need only do that initial setup once, and it is not a complicated process.

8. The problem is access security. Access to project information was available to anyone with credentials. Perhaps enabling a VPN will solve the problem. It is even simpler with User's solution. The security of the system is not a concern.

A Work from Home workflow using Revit Server can be a great alternative during this COVID19 crisis. It offers a nice alternative for distributed teams to collaborate on a project without having to worry about viruses. Cost-effectiveness is a key feature. Compared to BIM 360, its maintenance costs are almost nothing, and it offers many of the same features.

There is no wait time when models interact.

It is necessary to set up the system. The procedure has to be followed correctly, even though it has to be done only once. 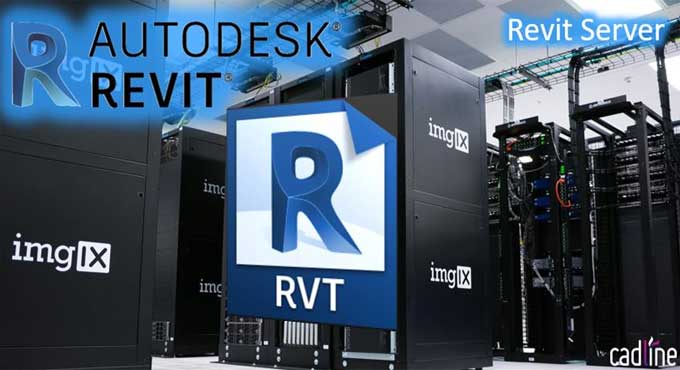