20 Years of Revit ? How it All Started

20 Years of Revit ? How it All Started

It has been precisely two decades since Revit started. It is amazing when you think about all that time. It seems only yesterday when we were defining our first walls in Revit. To have perspective, today we are going to look back in time towards 20 years of Revit evolution with companies ? how it all started.

People who started it

Surprisingly enough, Revit started in the hand of younger, smaller businesses rather than big corporates.

A few small, new businesses back then chose to adopt to the new, and then-cheaper Revit. Needless to say, this raised many eyebrows back then, from the traditional big firms. But we showed them, didn't we? They thought these smaller companies are taking a big risk, trusting their future to the this new 'uppity' application.

But time proved them so wrong

It took Revit only a year or two gain some traction, but once it had some momentum, they didn't have to pause. Revit was, at that time, an unbelievably efficient new toy to build up your design, and get your data. Consultants wearing socks and sandals walked into construction company offices and proposed the idea.

The modern young architectural firms back then had a very laid-back attitude combined with a fine attention to details. The Revit Support and Training personnel who visited them were amazed by the friendly yet highly productive atmosphere. Okay, maybe some of them were not wearing socks.

Most of those AEC companies were starting to just expand back then, 20 years ago. The common trend, at that time, were the well-known AutoCAD, Vectorworks and ArchiCAD. Most haven't even heard of Revit ? until the consultants lifted the lid.

To be honest, as far back as 2020, the majority of the AEC consortium weren't even using 2D CAD. They were still on paper ? hand-drafting was the trusted and traditional way to do stuff. Computers existed to serve as big calculators good for crunching numbers only, as far as the traditionalists were concerned. It is not like they were inefficient or worked with handicaps ? they created beautiful, elegant models on paper with paste-its peppered all around them with micro-details. It was whole different era.

But 3D CAD, especially Revit, changed all of that. At first, the AEC tried to keep a balance between computer designs and paper designs by pasting the post-it notes on the computers instead of paper! And other funny stuff like that. However, the advantages of Revit prevailed. Today, all the work is done in powerful computers, and the papers are only printed out at the end for field work (even that is being obsolete for BIM cloud collaboration), legal submissions, and storage.

Why is it so good for the AEC

One of the biggest advantages of Revit over the existing systems, even back then, was the speed in which a trained professional can make a whole model. Paper drawings, by nature, are slow and has to be carefully done. One mistake and you thin out the paper with your erasure. But Ctrl-Z was with PC's ever since the beginning. Also, since most of the calculations were being done automatically, you could raise skyscrapers on screen in seemingly no time at all, compared to existing system.

It is not just about the technology, though. When you bring such a formidable 3D architectural design software in contact with skilled and experienced people in the system, the resulting reaction can be explosive ? and that's nearly how we would describe the rise of Revit through 20 years. All it takes is the willingness to get into the new system.

Surprisingly enough, the transition from paper to Revit was not as harsh or jarring as one would expect it to be. Actually, when you are switching between two altogether different systems, physically and technically, the transition takes more time and training, but it far more frictionless. Compare it to when you have to change between two versions of the same systems (let's say you are transitioning from ArchiCAD to Revit), you will have far more hiccups because it's basically the same thing with different gestures and your previous muscle memory will keep intervening.

An analogy of this phenomenon can be found with ebooks. When you first start reading digitized books on a kindle or a tablet, you know it is a different thing, so you won't be trying to physically turn pages and the operation part would have a smooth transition. However, just try to alter between two ebook reading apps using two different systems for page progression ? from one that requires you to tap on the sides to go one page forward or backward, to one that requires you to scroll up or down. You will see yourself unconsciously tapping on the side of the screen, far more times than you tried to turn a page on the screen (and checked yourself, too).

Another good thing, specifically about Revit, was its parametric modelling system. That means, if you want to change something in Revit, you don't have to worry much about changing things related to it. For example, if you move a roof, the walls attached to it move with it as well.

This obviously has no competition with the traditional paper system, because the concept of "change" doesn't even come with paper drafts ? you have to make a new one. But even with the other existing CAD systems back then, Revit was a serious threat with the parametric modeling since most of them at that time didn't have this facility!

Also, there is the fact that Revit is not only just a CAD software. Revit was and is so much more. It stays with you before, during and even after construction. From clients to contractors, Revit can be your go-to tool. And it has only grown in this umbrella support with the 20 years of Revit evolution. 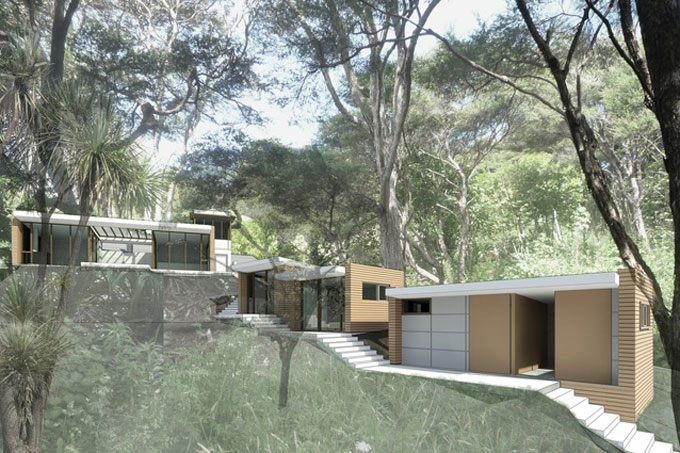