In 2019, a Geo-BIM benchmark examined interoperability in the Geo-BIM domain, which allowed Building Information Modeling to integrate with city models. City-GML and IFC tools evaluate tools for converting data. Four datasets evaluated ETL scripts and several software tools. IFC files are modeled differently, inconsistently, as can be seen by the elements. It may be challenging to develop generic programs that can convert IFC data into City-GML models because of this. As a result, IFC elements of the benchmark were translated into generic City-GML objects, inspected, and modified in practice.

The architecture, engineering, and construction (AEC) domain must reach a consensus on standards and guidelines concerning how IFC models should be modeled. Several countries have already undertaken such work. Standardization of city models is also necessary. As a concept document, City-GML 3.0 is slated for approval in September 2021. Interoperability with IFC improved through the implementation of some concepts.

The use of Building Information Modeling can replace on-site surveys in updating 3D city models. A geometrical analysis of this process led to the development of new measuring guidelines for the building theme in 3D city models.

Separate elements should model as separate buildings when they differ by more than 2m2 on a side or 2m in height.

Building Information Modeling data was converted to City-GML and integrated into the three-dimensional model of the city. Alternatively, building information modeling and city model data could store in separate repositories with a common query interface. That would allow applications to utilize both data sources. Integrating the 3D city models and BIM data on the query level requires linking their information models.

The two data sources could create a knowledge graph, which aligns the respective ontologies. Data silos are breaking down through the use of knowledge graphs in a variety of domains.

Due to the difficulty of incorporating geometry into knowledge graphs, Geo-BIM uses them sparingly. There is work underway to develop ontologies for 3D city models based on the City-GML data schema and ontologies in the BIM domain, such as BOT.

An interface for querying knowledge graphs on the web remains a challenge before its use in production. As a result, you must develop ontologies further and ensure that they are interoperable and aligned. Building-SMART and OGC are collaborating on this as part of their ongoing geospatial cooperation.

The process of setting up common IDs and handling them throughout their life cycle presents a coordination challenge. However, the problem of developing efficient RDF stores for storing and querying 3D geometry poses a technical challenge. 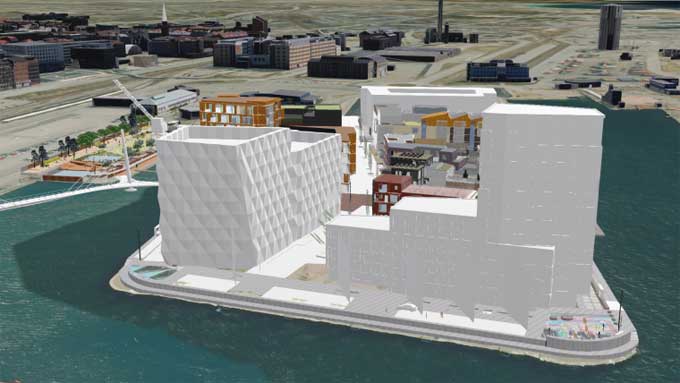